This afternoon I joined my brother by another mother, Mike, and his brother-in-law, for a hike up Rinconada Trail from the trailhead off of Pozo Road to the summit of the Santa Lucia Mountains. in the Santa Lucia District of the Los Padres National Forest. We took the official route up and diverged onto side-routes coming back down. This took us through the upper vestiges of the Rinconada Mine (mercury from cinnabar). Below are images I captured in the order in which I captured them. 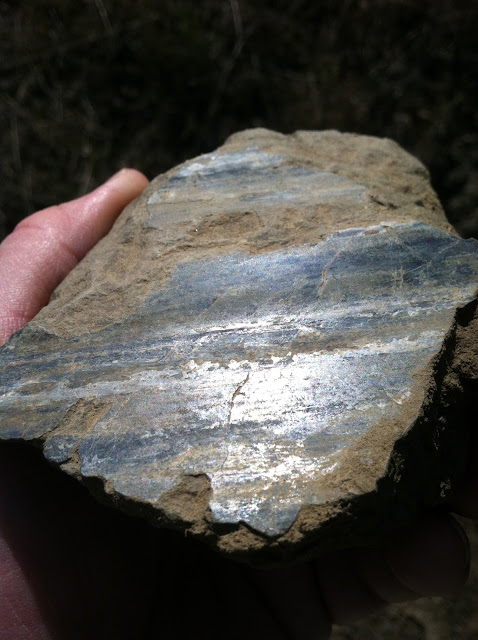 This is a slickenslided chunk of a mineral unknown to me. There is much faulting in this area and evidence of same. 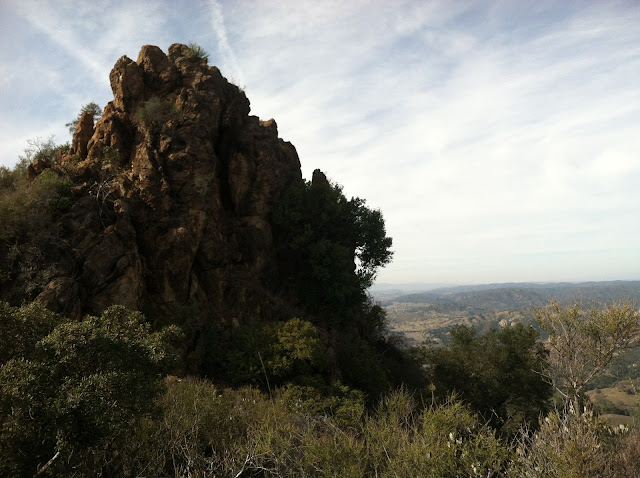 Jagged outcropped on north side of the summit. 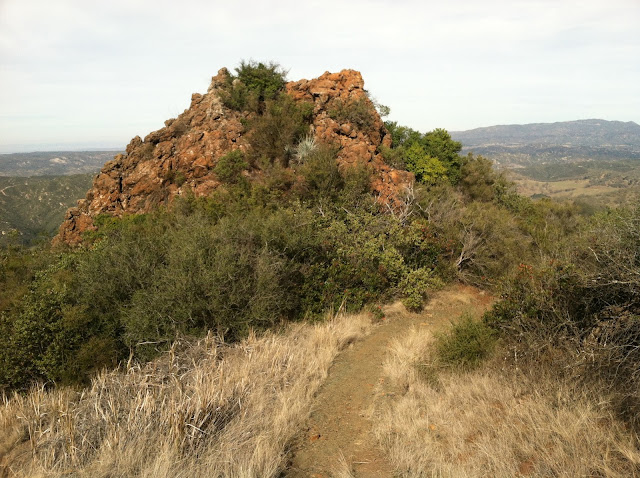 Another jagged near-summit outcropping: they look igneous to me. 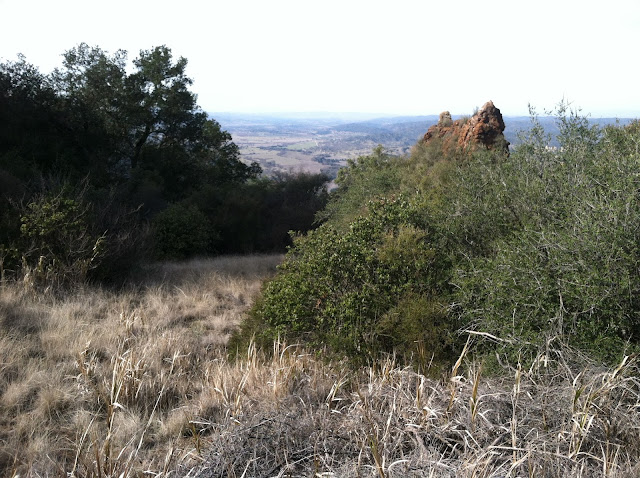 The chaparral in this area has not burned since the Las Pilitas Fire in July, 1985. 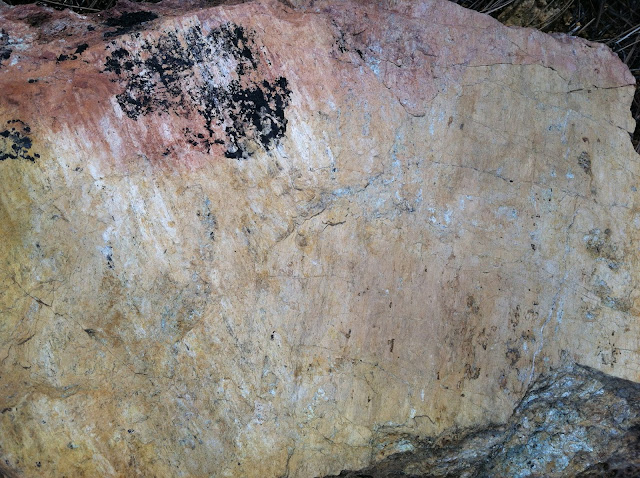 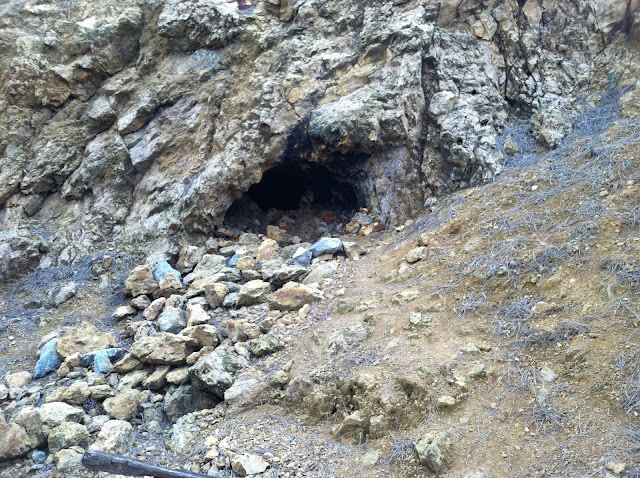 I had never taken today's route down the mountain so this was my first viewing of this surviving adit. 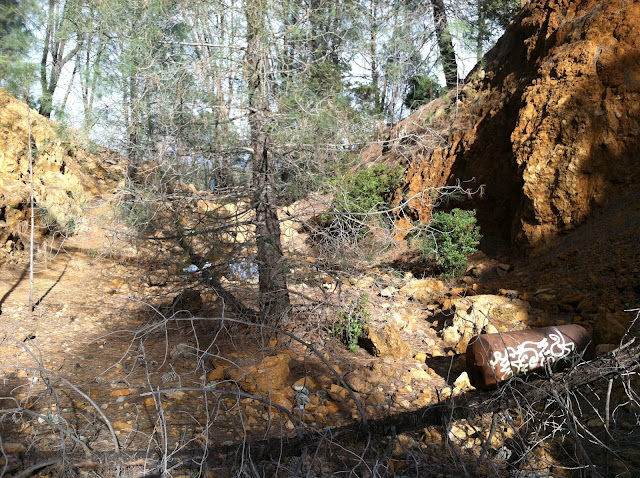 Nature is reclaiming the mining site as evidenced by this nearly-mature digger pine. 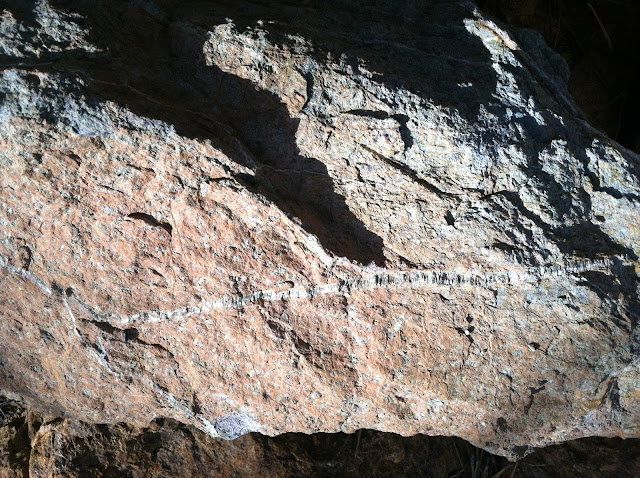 Chrysotile asbestos vein in rock boulder in mine tailings. 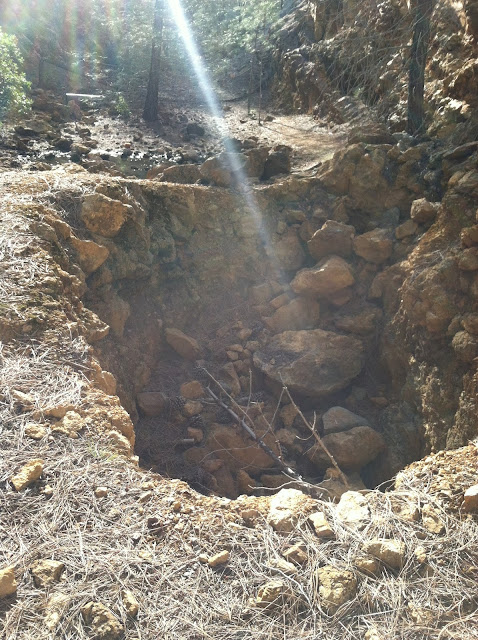 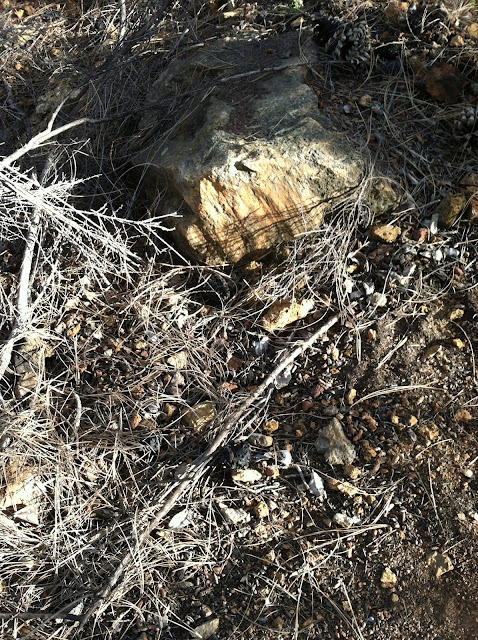 Another example of slickenslide to be found in or near the Rinconada Mine revealing the heavily-faulted nature of this cinnabar deposit. 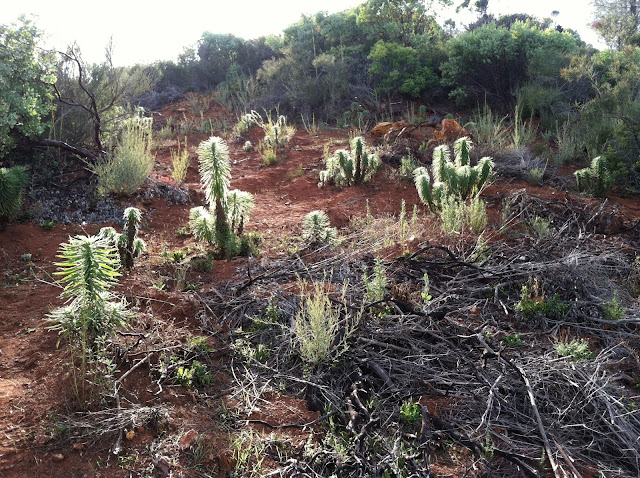 I wonder what are these odd-looking invasive-looking stalky plants growing in the scar of the EPA remediation of this formerly mercury-contaminated site? 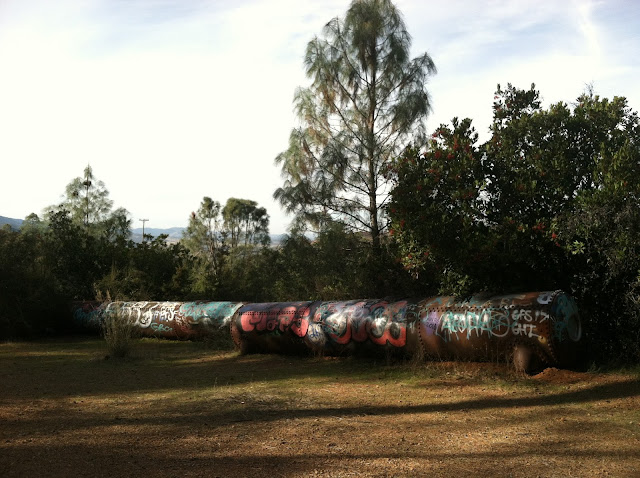 The retorts used on this site were never removed and can be found in two locations in the lower tiers of this site. All photos by Kim Patrick Noyes (all rights reserved).
Posted by Kim Noyes at 11:59 PM