As previously discussed HERE and HERE in previous days this week, there has been a bit of a dust-up in SoCal as the Orange County Fire Authority received a backlash to full encryption going into affect for all OCFA radio communications starting earlier this week. California Disasters was right in the middle of this the day the story broke. Guess what happened today as a consequence? I'm not accustomed to such victories in the public arena. To be fair, it was multiple communities/stakeholders raising a ruckus and I am but one member of one of those communities. However, I did go on KFI-AM Los Angeles about it, something which was initially very uncomfortable and took me out of my comfort zone. 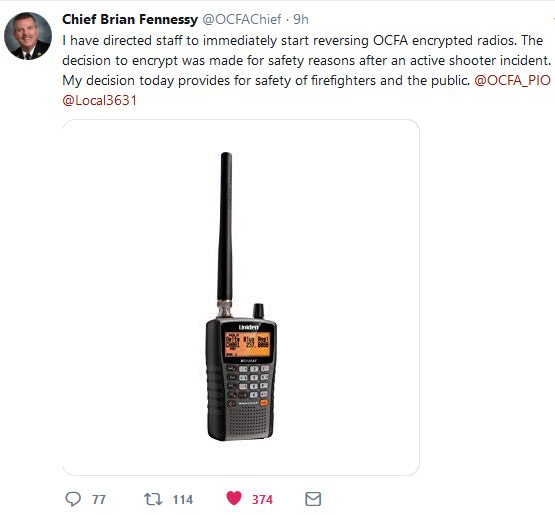