Today I joined in on a quick road excursion out into the Machesna Wilderness Area in the La Panza Range on the Santa Lucia District of the Los Padres National Forest in eastern San Luis Obispo County. Most of the way out there I had traversed before but the final part up towards Castle Crags was new to me. We were forced to turn around due to a deep erosion-control drainage swale across the road and the characteristics of the Honda SUV in which we were driving. On the way back we stopped for a short break at the adit for the Queen Bee Mine at and in which I took some photos featured below. 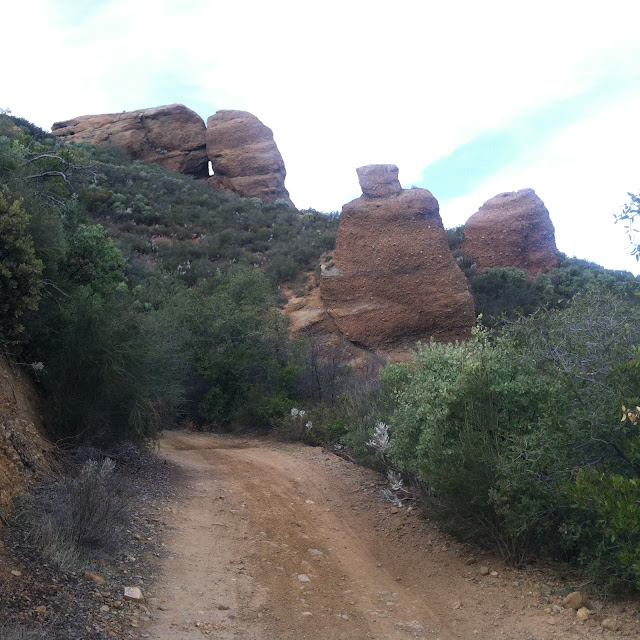 These were the lowest-situated crags we encountered today before turning around. They are clearly old riverine alluvial deposts upthrust by plate tectonics and now being heavily weathered. 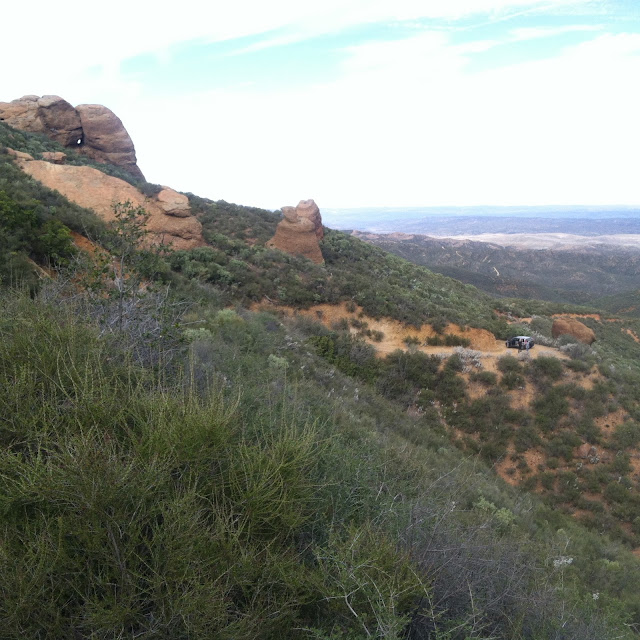 The fellas backed back down the road a ways and turned around at the location seen here while I stayed behind to capture images and view the surrounding terrain. 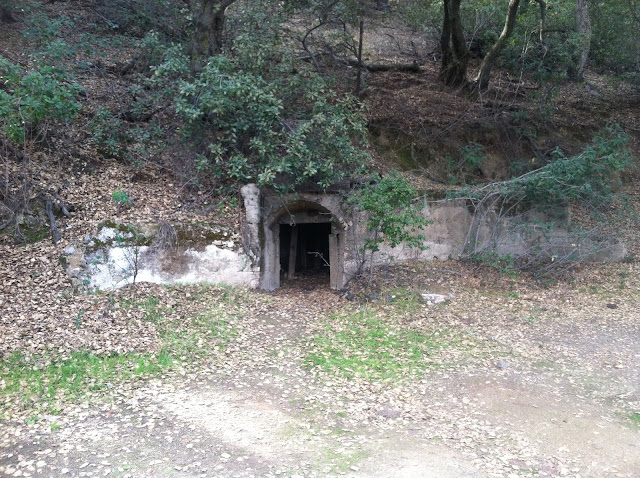 The Queen Bee Mine is a gold-bearing hardrock deposit that was not economically viable and abandoned shortly after being excavated. 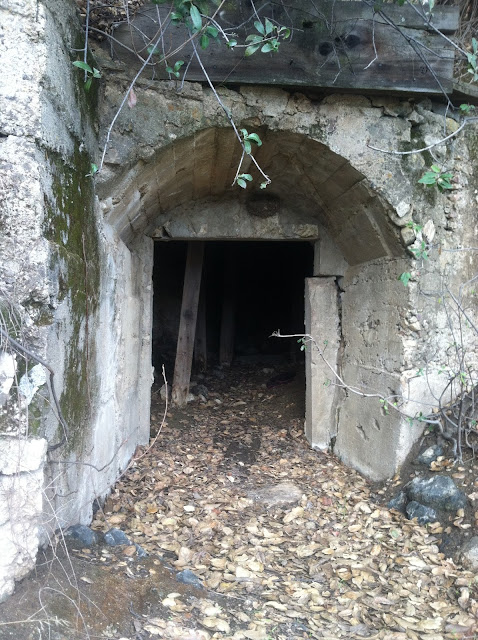 The entrance to this adit used to be blocked by a heavy metal grate but that kept getting yanked off by drunken idiots with winches so now it remains open but given the adit ends about 20 feet into the hill there seems to be no need for it. 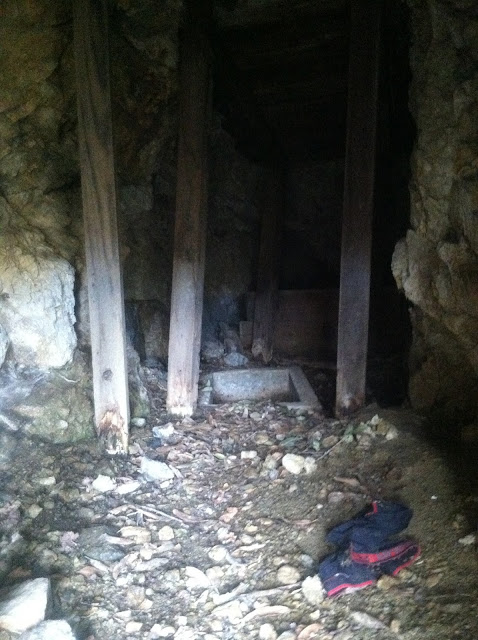 I can only imagine why somebody's chonies were left on the floor of the adit. I can certainly think of more romantic places to make "the beast with two backs" but drugs and alcohol can do remarkable things to deprive people of their dignity.

All photos by Kim Patrick Noyes (all rights reserved).
Posted by Kim Noyes at 11:00 PM