Tonight I worked the last wedding of 2016 at Santa Margarita Ranch. It was predictably cold given it is now the dead of winter but before the cold set in after the sun set it rained which combined with the subsequent cold caused radiation fog to form on the ranch which moved through the venue in a fashion reminiscent of a horror movie. Below are the atmospheric highlights of what I witnessed. 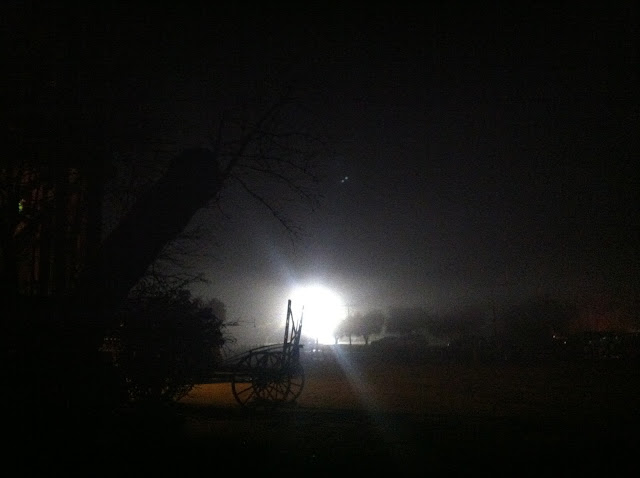 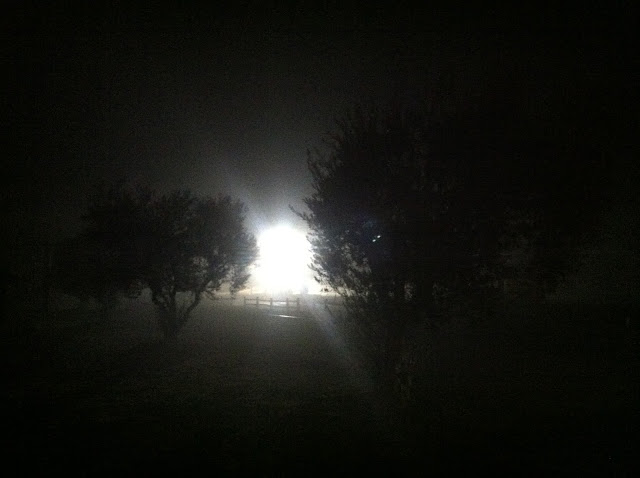 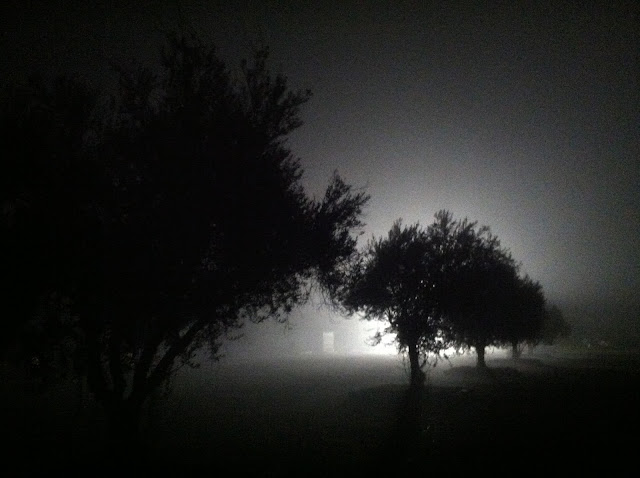 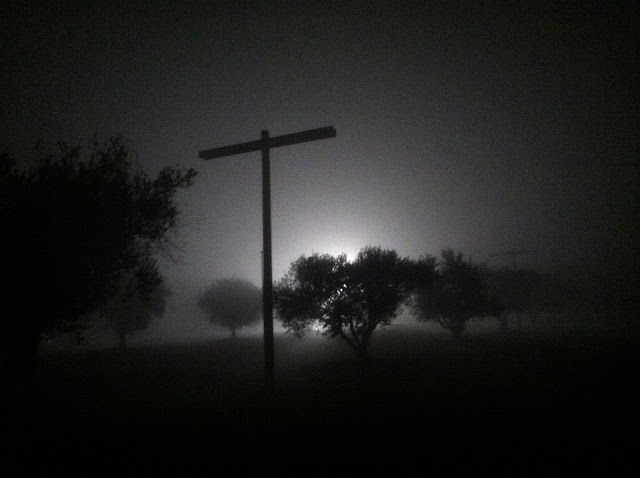 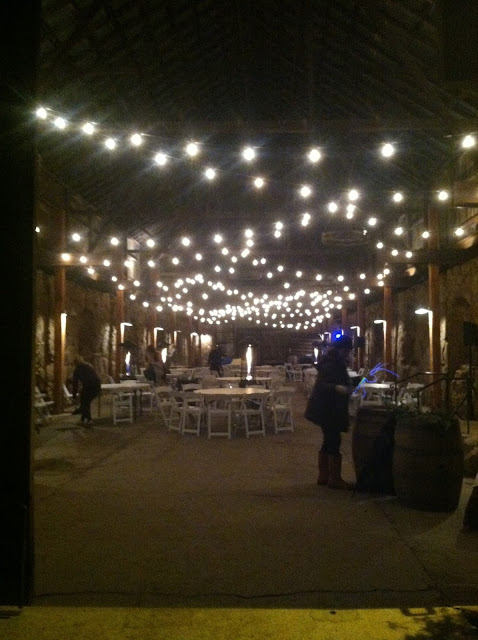 This is obviously an indoor shot sans fog but it, too, has some ghostly features such as the glow sticks held by Janet and the dancing flame heaters and the stringed lights and the blue deejay light appearing behind Janet's head as if coming out of her head. There was even a white barn owl out of the image up under the crown of the roof perched all night. All photos by Kim Patrick Noyes (all rights reserved).
Posted by Kim Noyes at 11:59 PM