Six years ago this morning at a quarter after 11 A.M. the M6.5 San Simeon Earthquake struck the Central Coast of California epicentered under the Santa Lucia Mountains near Hearst Castle in San Luis Obispo County. The earthquake was caused by a rupture of the Oceanic Fault Zone and uplifted the mountains by several inches. Paso Robles was most severely effected where two women were killed and several others injured and damage and damage was in the many of millions of dollars.

The single most striking geologic phenomenon caused by the quake was the hot sulpher spring that at its peak generated 1,300 gallons of hot mineral water a minute. It began as an apparent leaking broken water main underneath the parking lot of the newer Paso Robles City Library across the street to the south of the central City Park which contains an original Carnegie Library. Then as now it contained the city historical society and which building was severely damaged to the point of being "red tagged" and only reopened earlier this year allowing the historical society to move back in. City crews dug up the parking lot trying to get at the leaky main only to discover there was no main but a brand new sulphur spring in an area known for them. Later it was determined this was in the location of an old bath house located atop and utilizing an old mineral spring that had long ago dried up until the earthquake reactivated it. 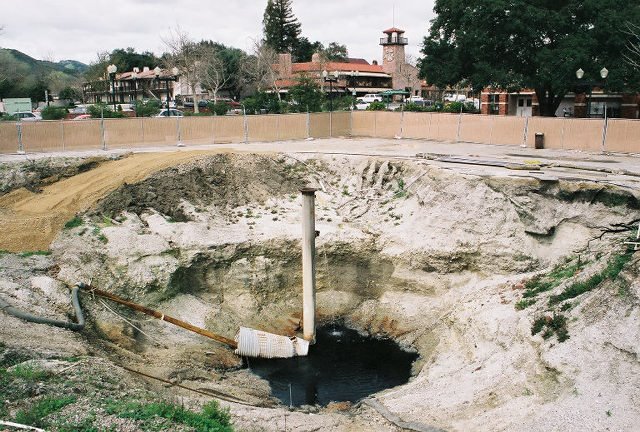 View from the southeast looking northwest with the Paso Robles Inn in background. 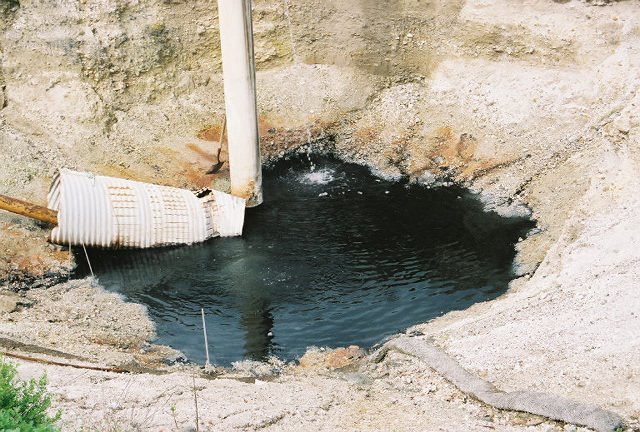 Close-up view of the roiling cauldron of highly mineralized water. 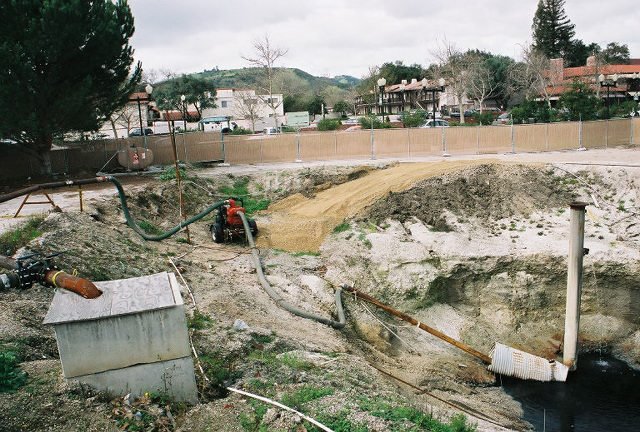 View of pumping arrangement created to siphon off the water and divert it to the Salinas River nearby.


*Note: I did a blog piece about this on the eighth anniversary of this event HERE.

All photos by Kim Patrick Noyes (all rights reserved)
Posted by Kim Noyes at 11:15 AM 2 comments: