Picture of the Day - Cactus of the Cthulhu

Today I finally had the privilege of working a wedding at Dallidet Adobe & Gardens near downtown San Luis Obispo. I had seen it on the Vino Vice work schedule many a time but others always got the job... until today... and it was well worth the wait. Being a history buff and history major I was delighted to be working 5-1/2 hours on such a historic site which I have not even known existed before this year. The history of this site is actually rather fascinating... and unexpected. The staff on-site I worked with today were delightful, both venue and wedding. By the way, be sure to check out my photo of a "Cthulhu Cactus" I encountered on the grounds here today.

This evening my church family got together for a special meal out at the home of my church home group's leader couple (Ted & Janet) up Hog Canyon Road in the Estrella area northeast of Paso Robles, CA. I have affectionately christened my adoptive family the "17th Street Gang" since the regular host couple (Kevin & Heather) live on that street here in Paso Robles. Below are several images I captured before dark.

Note: I wish to convey my deepest thanks to Ted & Janet for most graciously hosting us and to everybody there for their contribution to our collaborative feast, but especially those who brought main course type things or made something themselves. Special props go to Janet's most amazing lemonade which had it been alcoholic I would now be in a blackout. I also thank Marty & Karen for allowing me to join their carpool. Also, thanks for all the food all of you sent home with me. I'm set for days now!

Just now and while up again into the middle of the night I found this remarkably interesting and badassedly cool collection of security camera footage from the Napa Valley Wine Train showing the effects of the South Napa Earthquake earlier this week upon not only that rail facility but also the general area within view of the cameras. The coolest feature of this footage (to me) are all the power flashes mixed in with power outages captured in this remarkable series of video recordings.

I had seen this before on Facebook and had forgotten it until I saw it again yesterday so this time I'm sharing it with you and now it will be someplace I can easily reference it when I wish to do so. If you do not "get it" it is a reference to the Alien movie franchise. This morning I joined my Kiler Canyon Farm family for the weekly harvest after missing it last week. Below is a photographic record of today's harvest morning.

From Canada With Love

In light of the fact that Russia is today allegedly invading Ukraine (perhaps a bit of an exaggeration, BUT...) and a lot of the news media don't seem too excited about reporting it perhaps because it exposes the abject fecklessness of the President they helped elect and reelect the image below is particularly humorous and comes courtesy of our Canadian neighbors to the north by way of their NATO delegation and appears on its Twitter page along with the following Tweet:


"Geography can be tough. Here’s a guide for Russian soldiers who keep getting lost & ‘accidentally’ entering #Ukraine"

For more about this funny side-story check HERE. 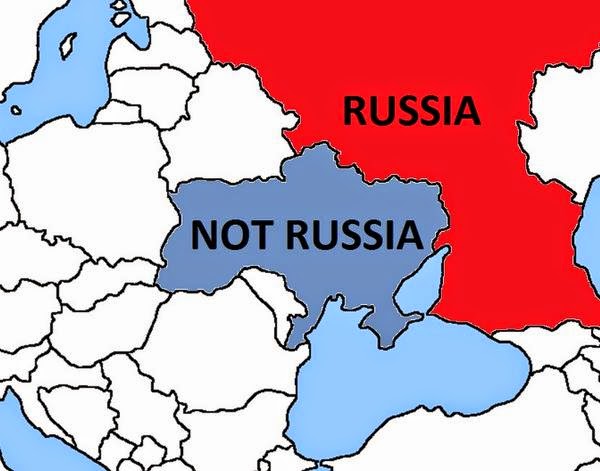 Songs For When The World Falls

It has been a month and a week since last I shared music here so this feels overdue given how prevalent music is on this blog. My own personal discovery of these two trance tracks occurred earlier this summer or sometime in the spring. "I Will Be Here" by Tiesto and Sneaky Sound System (Wolfgang Gartner remix) is by far and away the better song both in lyrics as well as vocals and sound being an exceptionally awesome trance track. It was love at first hearing for me and it is good to know Tiesto still pumps out some good music despite his transition on to other things which is to be expected of any good artist. He has been slammed for selling out and not holding to his hey-day sound of the late 1990's into mid-2000's but in all fairness temptus fugit and were he to still sound the same it could be fairly said he was artistically "stuck" and living in the past and beating a dead horse. Artists are people, too, and need to grow.

There is a particular section of the lyrics to this which really capture my attention:

"You know when the moment comes
To be strong, your resistance
And that's what we're led to believe

The other song entitled "World Falls Apart" by Dash Berlin is a very good song although the vocals by Jonathon Mendelsohn are a bit too soaring in sound and some of the base & drum elements feel too clubby and yes, I realize it is a club mix but the elements to which I refer are also in the radio edit of this trance track. Anywho, I nonetheless really like this song which features lyrics that also capture my attention for touching on the same theme which as you by now know has haunted me my entire life: the End of the Age. This is basically the entire lyrics which are repeated twice in the trance track:

Through the dark of night
When no hope's in sight
When the walls start closing in, I'll be your friend


Something to note about these songs is that when I hear them and think about their lyrics I am unable to not think about how much these lyrics express my devotional thoughts and feelings to the amazing woman with whom I will hopefully someday be partnered, God willing.
Posted by Kim Noyes at 11:58 PM No comments:

Email ThisBlogThis!Share to TwitterShare to FacebookShare to Pinterest
Labels: end of the age, music

Today I accompanied my friend Marty on a short expedition to Fort Hunter Liggett to see Mission San Antonia de Padua and the Julia Morgan-designed Milpitas Ranchhouse a.k.a. "The Hacienda" as well as visit Indians on the Monterey District of the Los Padres National Forest all of which we accomplished. What follows is a photographic account of the high points of the endeavor which was my first visit to this area since prior to the 2008 Indians Fire which consumed 80,000 acres during which time the nearby twice-as-big 162,000-acre lightning-caused Big Basin Fire burned into it and they merged. There was evidence of this fire to be seen everywhere we were within the burn area. There was also notable evidence of recent wildfires from earlier this year which burned exclusively within the boundaries of FHL.
*Note: all day people in the area were telling me it was just called "The Hacienda" and not what I was calling it, to wit, "Milpitas Ranchhouse". A most cursory investigation online confirmed I was not losing my mind and both names are appropriate as are a couple of other variants.