An Evening With Ryan Adams At The Haven

Up and coming Atascadero artist Ryan Adams (whom I introduced to you HERE a month ago) held his art debut at The Haven Wine Bistro in Atascadero on Tuesday evening, April 13, 2010.

The event lived up to and exceeded expectations with a great turnout and plenty of positive feedback from the guests.

The setting was the perfect place in which to conduct this event as it is relatively new to the scene just like Ryan and like Ryan, is hip and cool and aesthetically sophisticated and thus an ideal setting for an art debut.

The Haven Wine Bistro is owned by the same folks who own The Spa next door and I highly recommend it and will be oft returning.

Ryan's brother Sean Adams was also in attendance. He is a wood sculpture artist specializing in Tiki themes and some of his work was on display in the outside patio area.

Professional photographer Joe Ramirez has taken some images of Ryan's work and created a beautiful slide show you can view HERE. 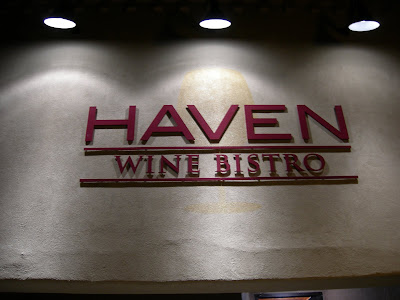 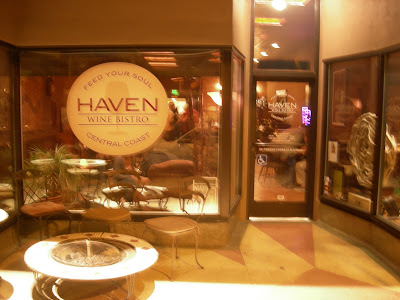 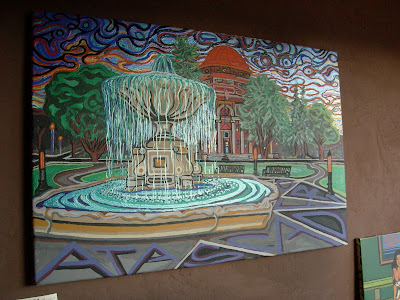 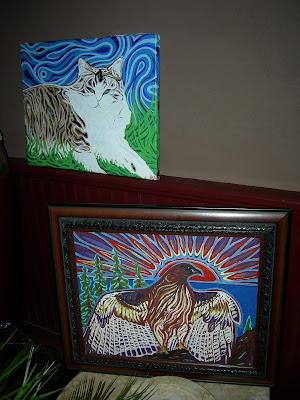 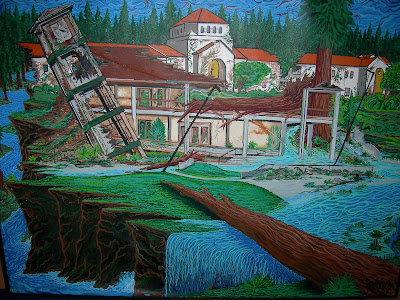 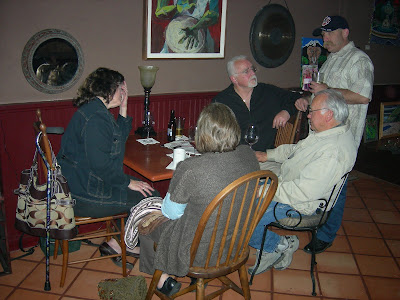 Ryan's parents and step-parents in a rare get-together
along with his wood sculpture artist brother Sean Adams. 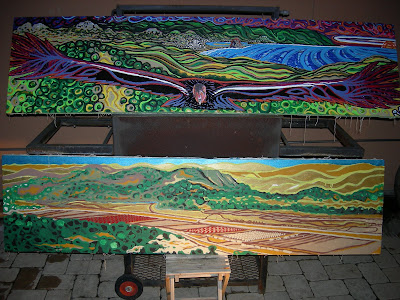 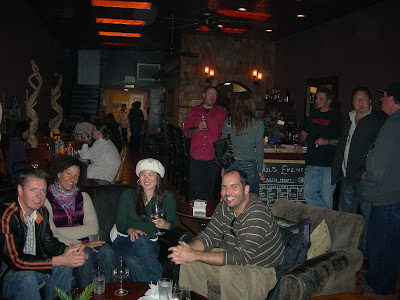 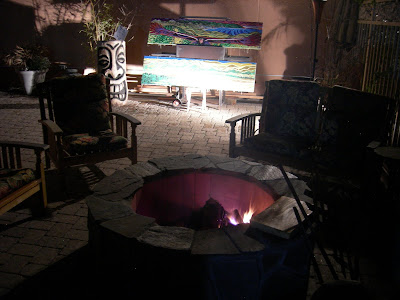 A Sean Adam's wood Tiki statue on display next to two
of his brother Ryan's paintings in the patio. 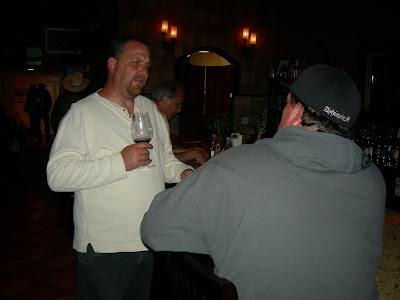 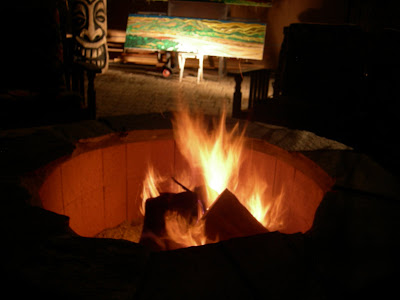 This event broke in the new fire pit in The Haven's new patio area.
All photos by Kim Patrick Noyes (all rights reserved).
Posted by Kim Noyes at 10:43 PM 2 comments:

Spring Has Sprung on the Central Coast

Today I drove down to Atascadero from my home in Paso Robles and I took the country route in lieu of the 101 Freeway.

To my delight I found that the explosion of flowers that was inevitable due to all the El Nino rains we got around here this year had finally shifted far enough west to now be in the Salinas River Valley.

Tyically is starts further inland in Eastern San Luis Obispo County and over time works its way to the coast.

The following photos I took today along Lupine Lane in rural Templeton. 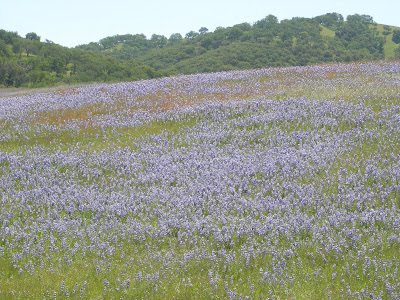 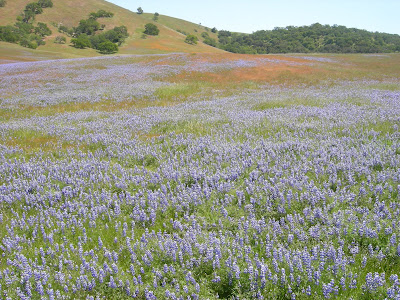 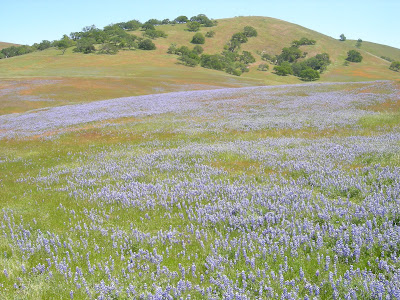 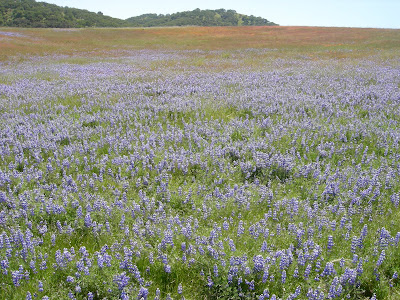 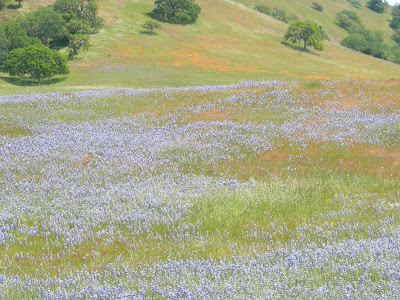 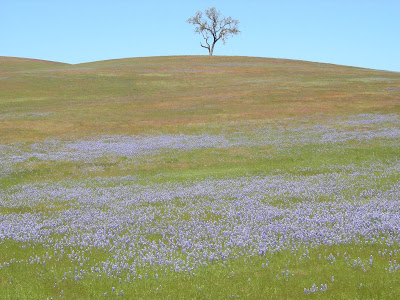