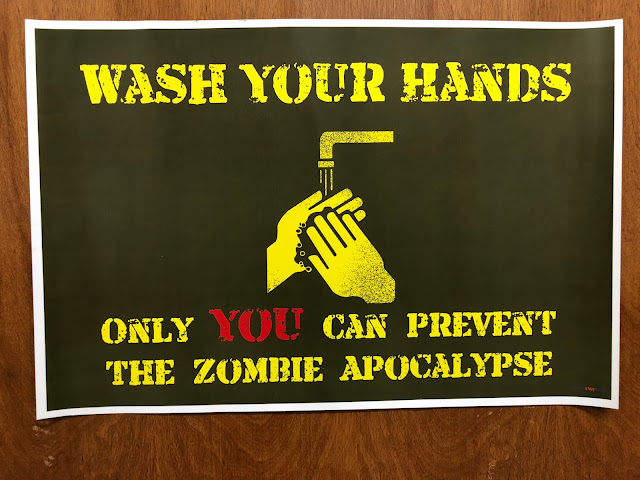 Today at Atascadero High School, I encountered this poster on the door to the staff restroom adjacent to the Student Health Center. Photo by Kim Patrick Noyes (all rights reserved).
Posted by Kim Noyes at 10:24 PM No comments:

The ongoing eruption of Kilauea Volcano on the Big Island of Hawaii continues to captivate me. Below is a USGS video published this morning showing events yesterday.
REMINDER: this is really more of a change and escalation of an eruption which actually began in 1983 and has periodically escalated in the past such as in 1990 when a similar change and escalation sent it into Kalapana Gardens which destroyed it. This time, the community of Leilani Estates is being destroyed by an eruptive fissure. This contrasts with the 1990 eruption which destroyed property by way of lavas flows from elsewhere sending lava into the community. This current phase has featured a rather intense earthquake swarm capped by a M6.9 earthquake and a few M5s and many smaller quakes.

So there is a new safety webcam on my alley.... to test how vigilant is my Slumlord Sauron and his All-Seeing Eye, at a random moment I visually let him know he is #1 in my book, which he summarily captured for posterity. Image courtesy of Slumlord Sauron a.k.a. Mark (all rights reserved).
Posted by Kim Noyes at 11:30 PM No comments:

Email ThisBlogThis!Share to TwitterShare to FacebookShare to Pinterest
Labels: Paso Robles scene, picture of the day 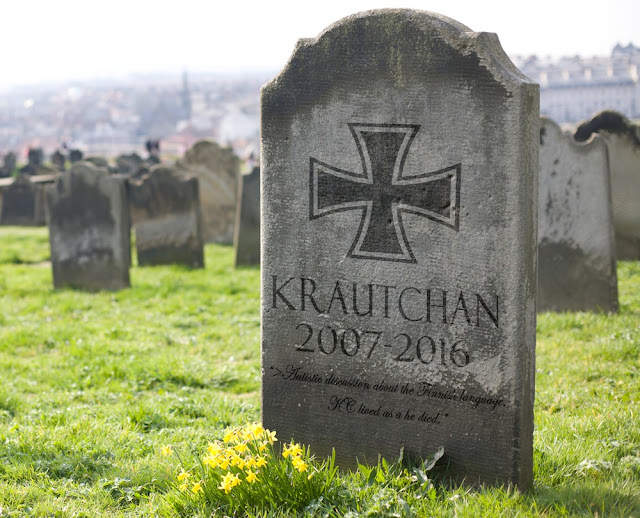 I discovered the chans several years ago, coming to the party rather late in the game. I've never posted even once on any chan, forever a lurker. I found them to be a veritable gold mine of fresh memes (I refuse to call them "dank") and even older memes which I'd somehow missed. One of my faves was the late Krautchan (oft-referred to as "KC" by fans), a German language image board. Having never posted there let alone shitposted, I don't qualify as an authentic "Bernd", the honorary title of all "anons" (anonymous posters) there. Earlier this year Krautchan was finally killed off (closed down by the host nation) once and for all by the uber-PC SJW German guberment. This followed repeated shut-downs previously due to racially-themed un-PC shitposting there. Each time it reemerged from sanctions such as its near-death experience in 2016 for which the above image macro refers. Alas, poor Krautchan, I hardly knew ye!
Posted by Kim Noyes at 11:53 PM No comments:

Picture of the Day - XXXIII-Year Chip 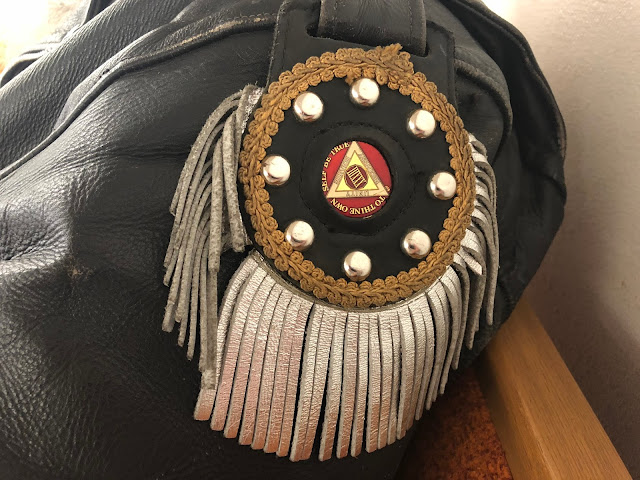 Earlier this evening I attended an an "open" (as in non-alcoholics are welcome) speaker's meeting (A.A.) in Atascadero. The older fella (66 years old) sitting next to me was wearing his most sentimentally important chips, including his latest chip (33-year chip) in a cool custom badge-like epaulet on his road bike jacket. I christen him "Jerry Garcia" and he served in Vietnam nearly getting himself killed more than once as an army truck driver. Photo by Kim Patrick Noyes (all rights reserved)
Posted by Kim Noyes at 11:43 PM No comments: