I Must Join The Zombie Squad

This week I discovered a movie that I immediately fell in love with for many reasons. It is called Dead Snow: Red vs. Dead and in it the above organization defeats the below organization 65 years after the latter officially disbanded. This was possible due to a supernatural curse, of course. Anywho, go find it on Netflix and enjoy its cleverness and visual appeal. Watch trailer HERE. Also, be prepared to have your cultural sensitivities be offended. Note: this is a sequel to Dead Snow which I have yet to see but now must see. Also, the Zombie Squad does actually exist and predates these movies which use its name and logo with their blessing. 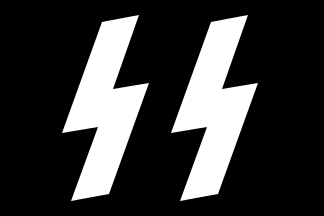