I came across this phenomenon tonight on Twitter. Apparently, one of their past leaders who appears on their currency bares some facial resemblance to the late Leonard Nimoy's legendary Star Trek character Spock. In times past some geeky Canucks have taken to altering said leader's visage on the currency to appear like Spock. In the aftermath of Nimoy's death there has been a resurgence of this activity in tribute to Nimoy and his character. Read more about it HERE. 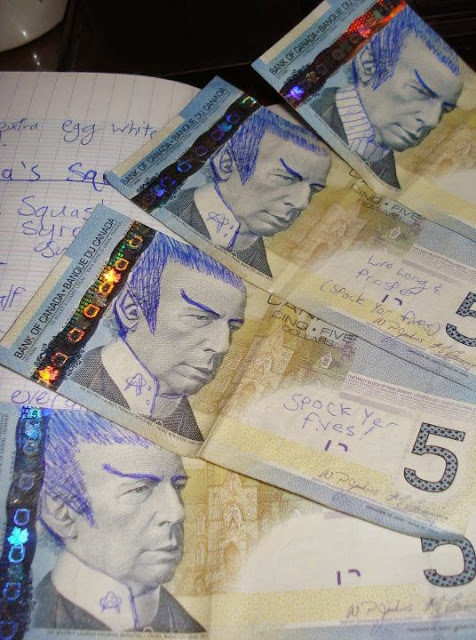