This afternoon the Alamo Fire, which began in southern San Luis Obispo County yesterday afternoon just north of Highway 166 near Alamo Canyon Road, exploded in the triple digit heat making a run southwards at Highway 166 for the second day in a row. This time it successfully got established south of the highway connecting Bakersfield and Santa Maria and ran amok in the ridges and flats in the vicinity of Twitchell Reservoir. In just a few hours it jumped from 250 acres to 3,400 acres. 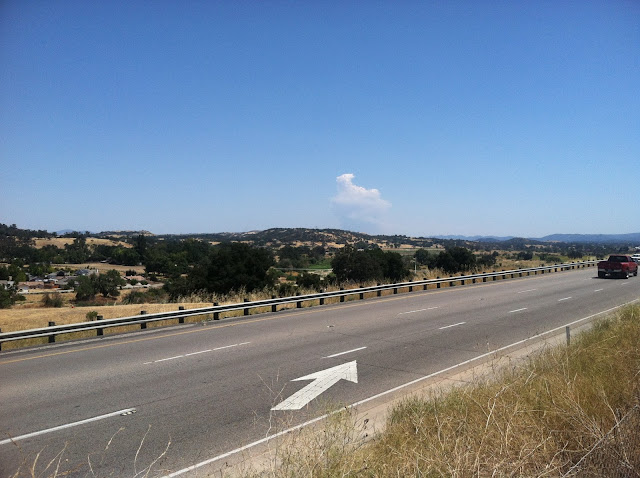 This view is from a parking lot adjacent to southbound Highway 101 at the south Spring Street on-ramp looking southeast from Paso Robles, CA. At this point I was en route to meet up with mom and go hunt this fire and see how close we could get and perhaps get some interesting images of it. Note the pyrocumulus cloud atop the main convection column. 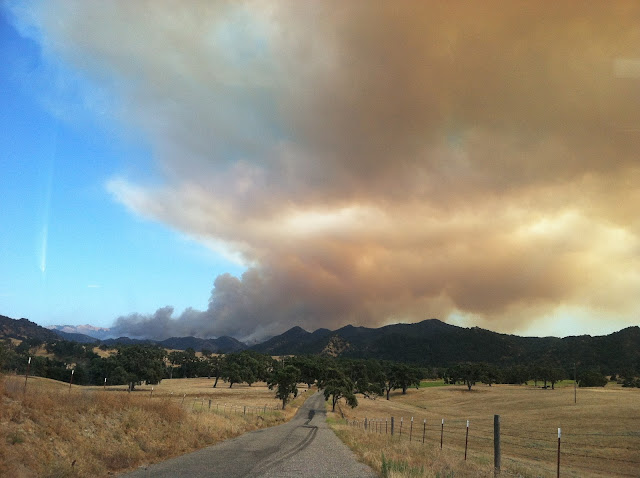 This was the view southward from the southern end of the Huasna Valley as mom and I sought to get in as close to this fire as possible. A couple of miles later we turned around at a gate on Huasna River Road. 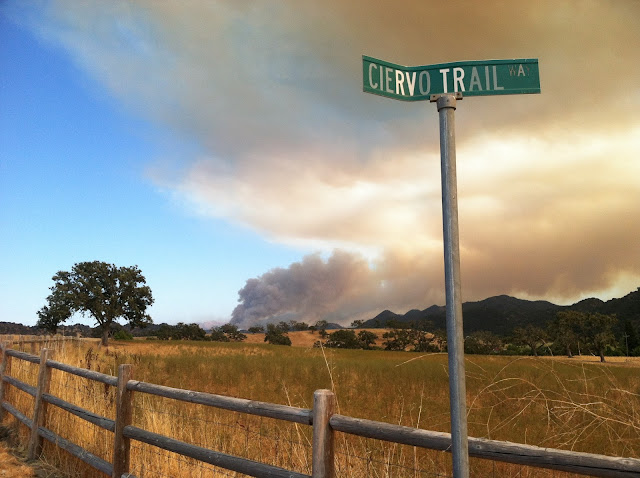 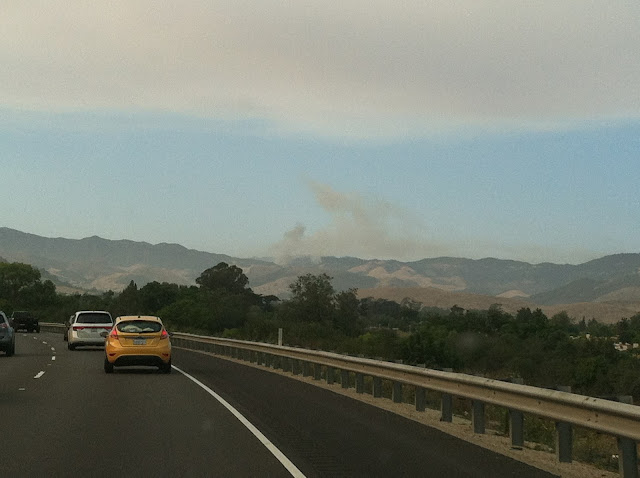 On the drive home we encountered a fair amount of radio traffic regarding a "Tower Incident." Given how crummy the radio and cell signal strength is out in Huasana Valley and environs we had missed the initial response to a new serious fire back closer to home atop the Cuesta Grade as started by a car fire on the northbound side of Highway 101. 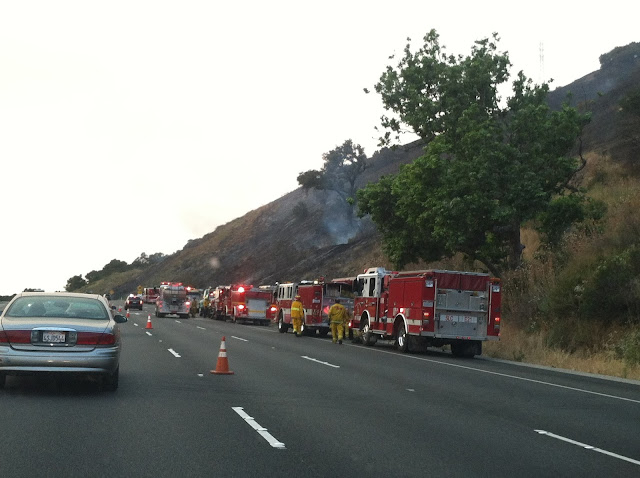 We passed the Tower Fire on the drive home. The traffic backup on the northbound side of Highway 101 was actually a nightmarish crawl from San Luis Obispo to the top of the grade where the causal car fire was located. By the time we actually got to the fire almost an hour after first entering the queue the fire was pretty much done. I'm still not entirely sure why CAL FIRE needed to close down two of three lanes instead of one of three lanes. 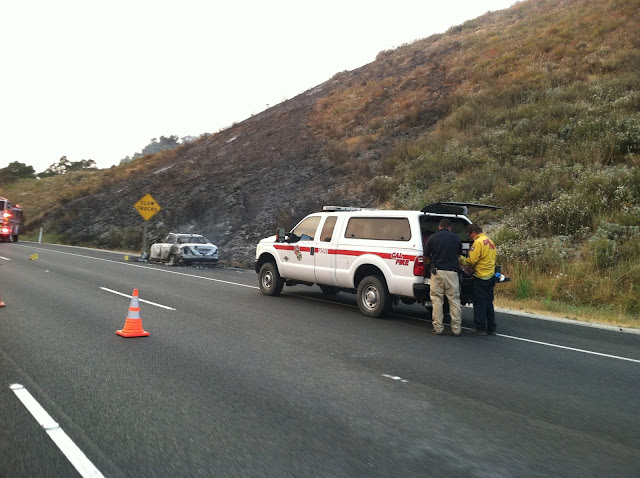 Here is the causal crispy car that started it all with the CAL FIRE prevention officer busy  investigating why the car caught fire. The Tower Fire started explosively but rapidly lost steam when once its own convection column blocked out the sun and plunged the fire area into a rather dark overcast. The fire burned 58 acres per the air attack. 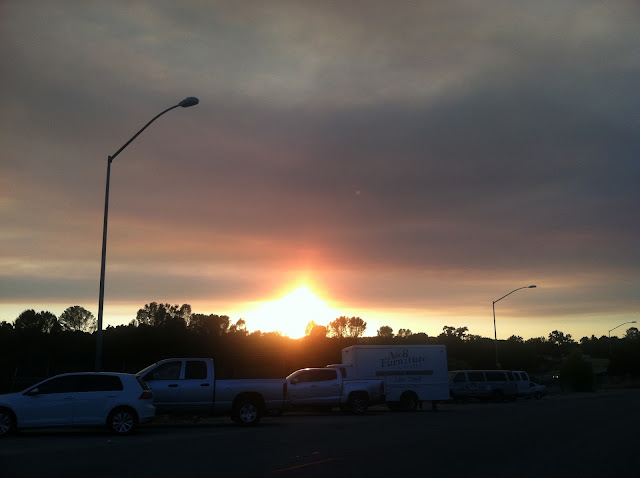 The smoke from the Alamo Fire veered northwestward and northward from the fire contrary to the predicted Sundowner Winds tonight. This created an ominous smoky sunset over the North County. I shot this image from the northbound Highway 101 park & ride at Curbaril Avenue in Atascadero. All images by Kim Patrick Noyes (all rights reserved).
*NOTE: to view a professionally-photographed image of today's fire action go HERE.
Posted by Kim Noyes at 11:55 PM