Late this afternoon on the way home from student teaching in Atascadero, I chose to detour and head past my home in Paso Robles and check out a raging wildfire burning on the post of Camp Roberts whose smoke I had been observing late this afternoon from the campus of Atascadero High School. I had assumed it was a second day of prescribed fires on the base following a previously-announced 500-acre prescribed fire there yesterday. While visiting my mom in Atascadero after school I watched the headline of the local television news and watched a live report on a wildfire raging at Camp Roberts that was NOT a prescribed fire but later turned out to be caused by a live-fire exercise on the post of the base. I captured the following images during this, my first fire chase of 2017, whose official name was the Range Incident which at this late hour is reported to have burned about 5,000 acres. I saw a lot of open flame fronts and even sheeting on the west side of the fire adjacent to and just east of the San Antonio River. 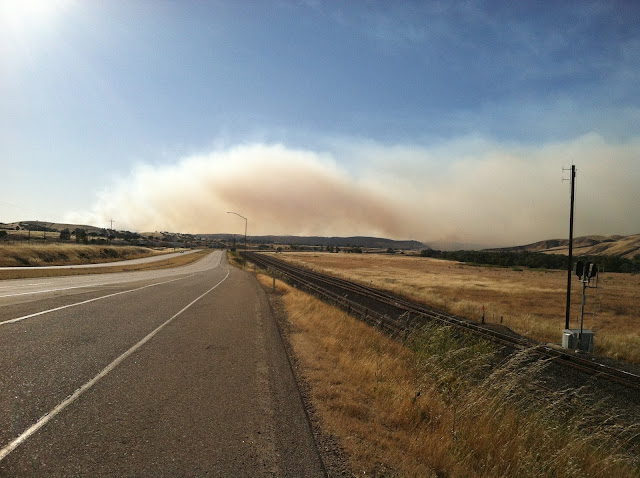 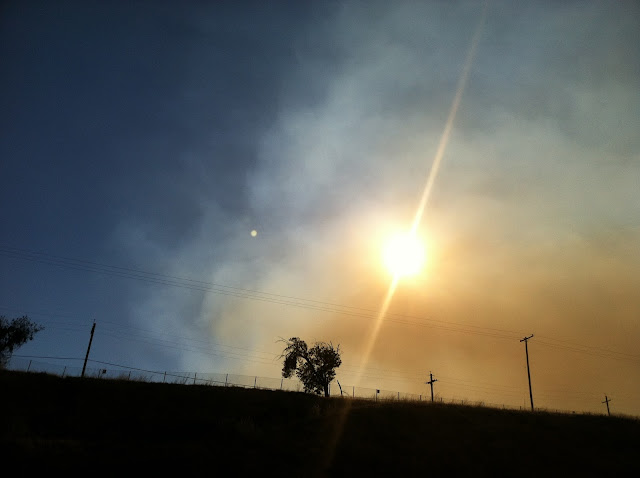 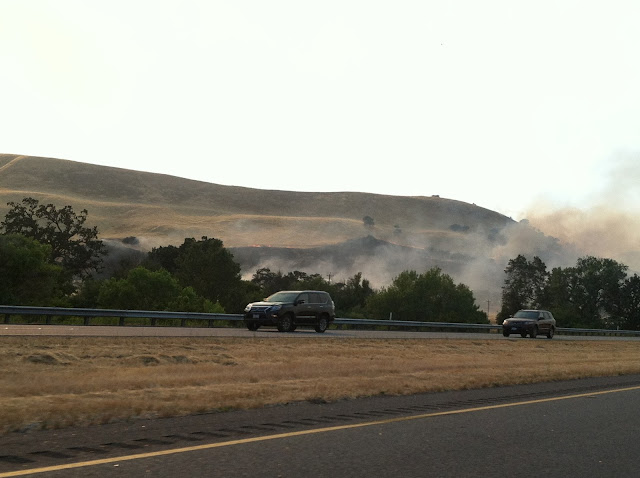 View from northbound side of Highway 101 just north of Nacimiento River overcrossing. 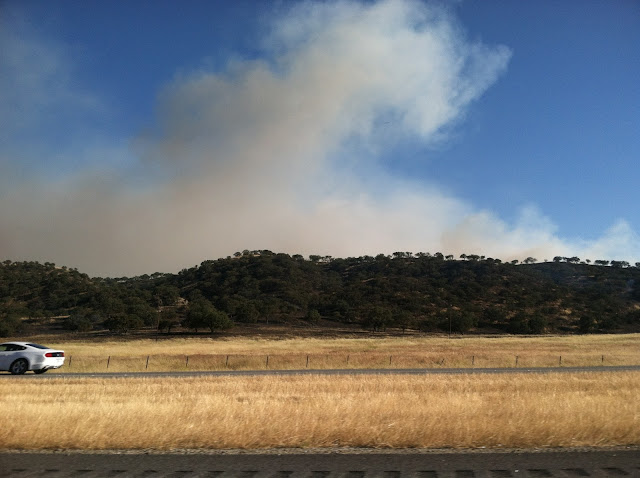 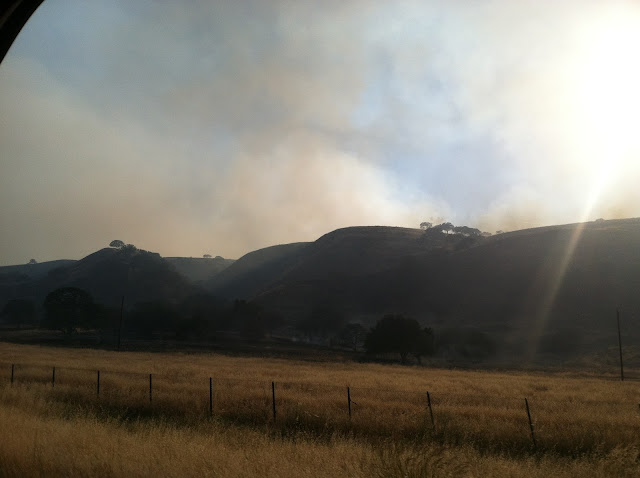 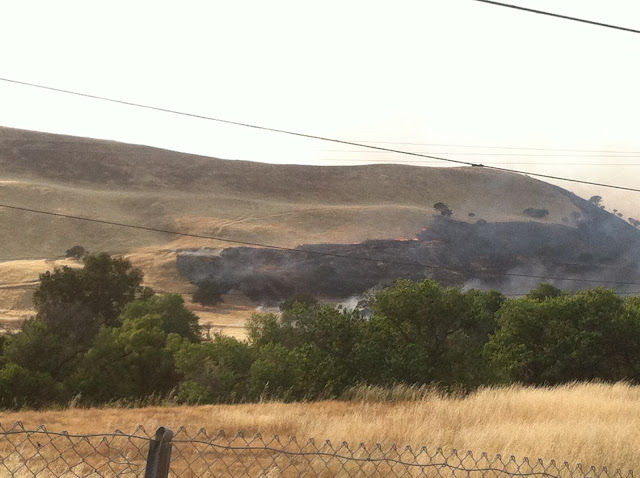 View northwest from East Garrison Road showing a finger of the fire burning into the wind as a firing operation commences at bottom of screen obscured by the trees.
All photos by Kim Patrick Noyes (all rights reserved)
Posted by Kim Noyes at 11:36 PM