Picture of the Day - Alone At Night In The "B" Building 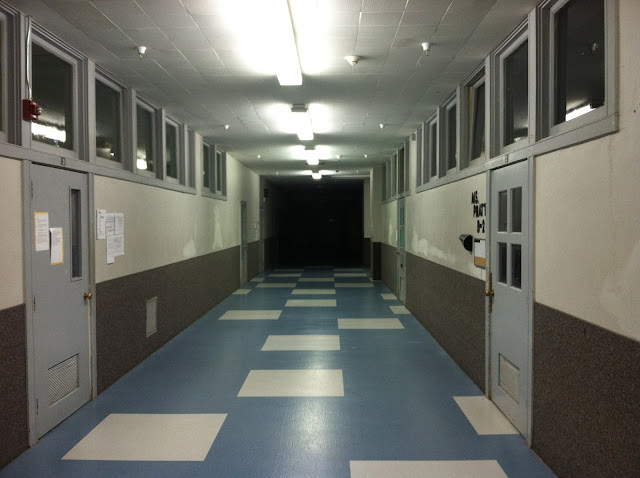 Tonight I worked alone late until the 9 o'clock hour at Atascadero High School in my classroom on the second floor of the "B" Building. It was formerly known as the Virginia Black Union High School Building (built in 1921) until the middle 20th century. As I previously stated HERE this building possesses a subtly odd vibe after hours when nobody is around.... if I didn't know better I'd say the place "shines." I got that feeling again tonight when working there after the clerical staff had left for the night and I was there alone. I was utterly unafraid and yet picked up a vibe that the place wasn't entirely vacant of any consciousness apart from my own; something there was aware of me and I could feel it. NOTE: this structure is slated for demolition by decade's end.
Photo by Kim Patrick Noyes (all rights reserved).
Posted by Kim Noyes at 11:59 PM