Meme of the Week - RIP Pepe? 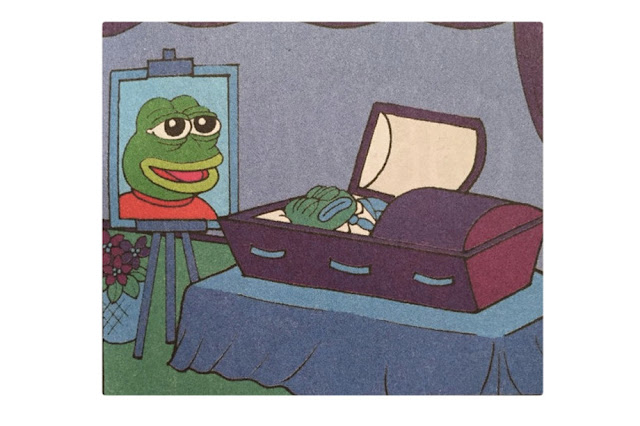 The creator of Pepe the Frog (born 2005) which became a popular internet meme in the years following has officially declared Pepe dead as of earlier this month. This is in response to Trumpistic Alt-Right netizens of the chan-worlds appropriating the formerly laid-back "Feels good man"-exclaiming party frog (2008). 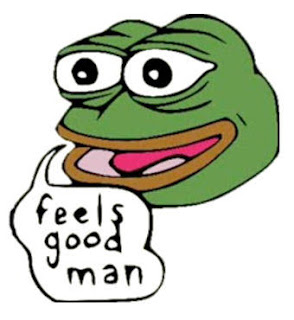 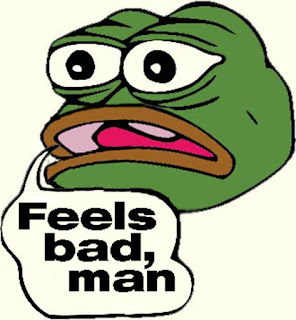 More recently, Pepe metamorphosed into a smugly-smiling frog known as Smug Pepe (below). 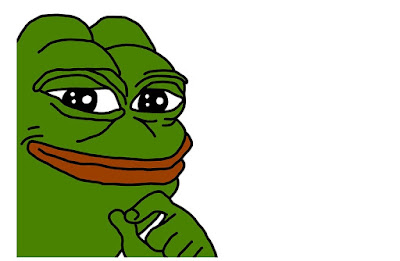 Many more incarnations (some referred to as "Rare Pepes") followed in subsequent years such as the one below referring to the Dirty War in Argentina but also being a variant of Smug Pepe. 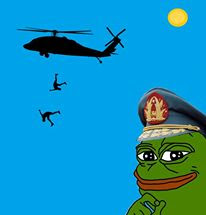 Pepe's most recent evolutionary form has been that of an yellow or orange-haired amphibian champion of Trump (or amphibian representation of same) starting in late 2015 (below is a Trump Tweet) and enduring throughout all of last year during the U.S. Presidential election campaign season as well as since then in 2017. 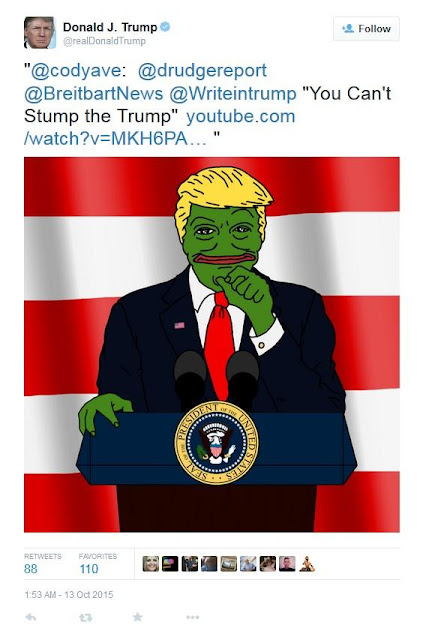 However, I would argue Pepe is already evolving beyond and past Trump. I would even argue Pepe was many other things during the campaign season but only the Trumpistic versions of him got noticed by the hysterical Liberal mainstream media and political hacks. However, some hyper-sensitive SJW hypochondriacs of politically-correct virtue insist Pepe is now permanently corrupted and to some is even an anti-Semitic symbol of hate.... as if one use of such a widely popular symbol represents all such uses or at least "trumps" all other uses of the meme. That is the sort of broad-stroke-painting that Liberals/Progressives are so eager to condemn when others do it. 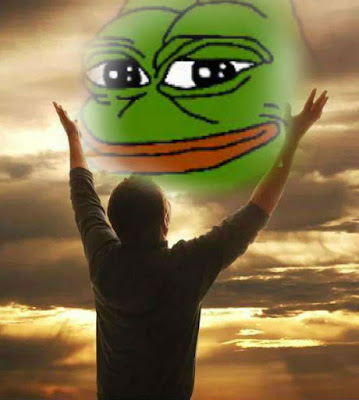 Of course, things never die on the Internet. Pepe is still alive and well and continues to rapidly evolve as often as somebody needs him to communicate their ideas, whoever they are, whatever those ideas be. The latest Pepe incarnation I have noticed is "Comfy NEET Pepe"(below) which seems to have appeared in just recent months. 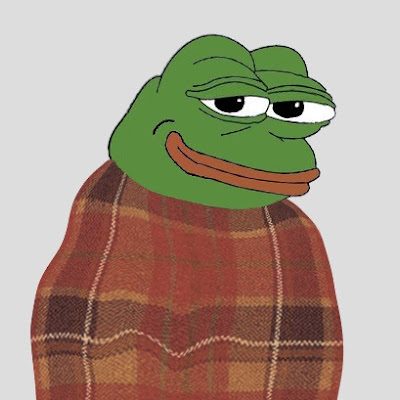 A more recent (as in just weeks old) variation of Comfy NEET Pepe above is his smug-in-the-apocalypse NEET Pepe (below). BTW, NEET stands for Not in Education, Employment, or Training and comes from Great Britain and refers to "losers" to use a Trumpian turn of phrase. 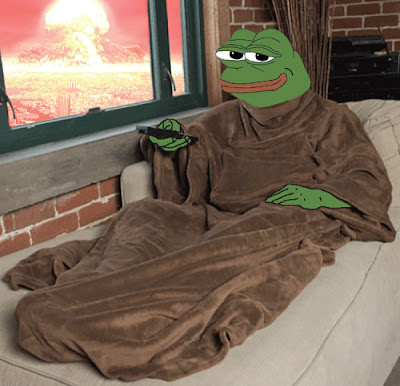 Perhaps the most significant development of all regarding to Pepe the Frog is the ironic/satirical tongue-in-cheek religious cult called the Cult of Kek that has formed around the character based on an oddly cool sequence of coincidences starting in late 2015. 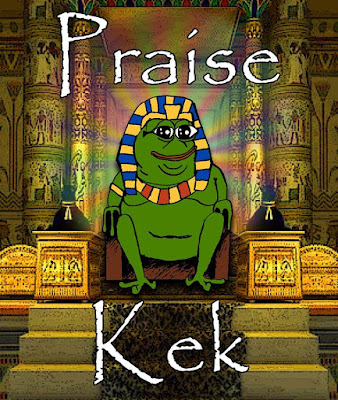 Email ThisBlogThis!Share to TwitterShare to FacebookShare to Pinterest
Labels: meme of the week, memes, politics