Graphic of the Day - Food-Lover's Guide To Volcanoes 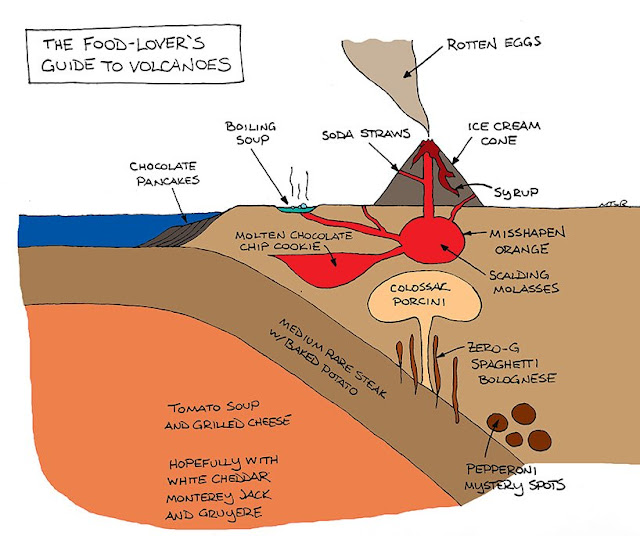 The American Geophysical Union held its annual autumn conference in San Francisco last week. Since the early 1990s I have enjoyed the earthquake and other type earth science-related disaster presentations and resulting articles in the San Francisco Chronicle as written by legendary science reporter David Perlman. He is now slowing down output given he is 97 but still works for the newspaper. I have not seen any articles by him (or anybody else) about anything presented at this year's conference. Either the corporate nature of modern newspapers has taken the Chron's focus off covering an important science conference in their own City or this year's conference offered fewer things worth placing in the San Francisco Chronicle. However, the most interesting thing coming out of this year's conference I could find was on Twitter which is this graphic by Miles Traer (all rights reserved).
Posted by Kim Noyes at 11:23 PM

Email ThisBlogThis!Share to TwitterShare to FacebookShare to Pinterest
Labels: cuisine, geology, graphic of the day, volcanoes