Picture of the Day - A Temple To Temple 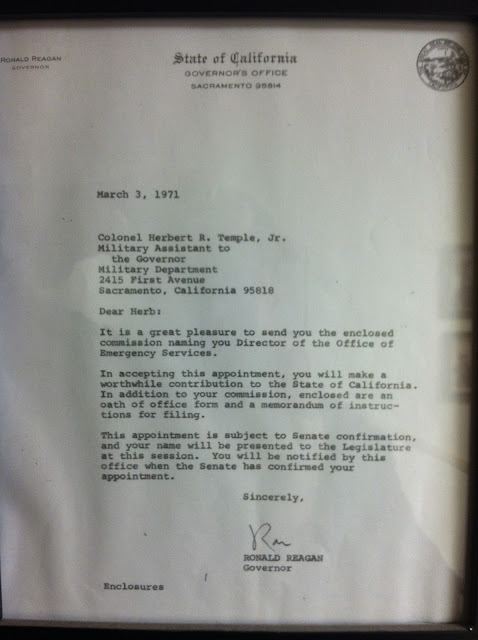 Tonight I worked a wedding at the Camp San Luis Obispo Officers Club for the first time (for me). It was rainy and cozy and romantic for the the couple who are both service members, he being a guard at SATCOM up at Camp Roberts and she being in basic training in the US Army as I recall. They were a nice-looking couple and the wedding was charmingly small and casual and in a building with that WWII-era look and feel.

The above primary source document framed and hanging on the wall of a hall across from the restrooms indicates that up through the 1970s the Governor's Office of Emergency Services leader was not an Emergency Manager but rather the head of the California National Guard. We've come a long way!
Posted by Kim Noyes at 11:59 PM