A Mini-Disaster In My Neighborhood

This morning, as the third and most powerful in a series of Pacific storms buffeted the Central Coast, my power went out shortly before church. Later I discovered it was caused by a massive tree death in my neighborhood 3-1/2 blocks north and one full block east of my house. A giant oak tree crashed down in the alley between 18th and 19th Streets and bounded by Spring and Oak Streets. The power was back on by mid-afternoon after a re-routing job by P.G.& E. Repairs to the poles and lines will take days due to four blocks worth of bent or snapped poles along the alleyway and given all the other repair work going on all over the Central Coast in the aftermath of the recent series of Pacific storms. Indeed, it is so bad around here that repair crews are being brought in from other parts of California. 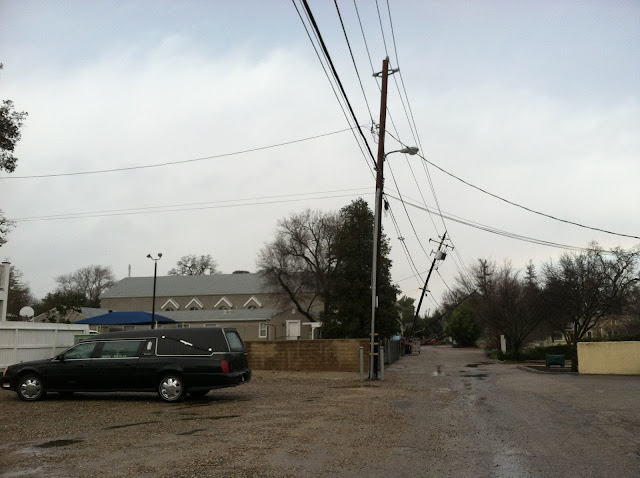 View north from the rear of Kuehl-Nicolay Funeral Home. 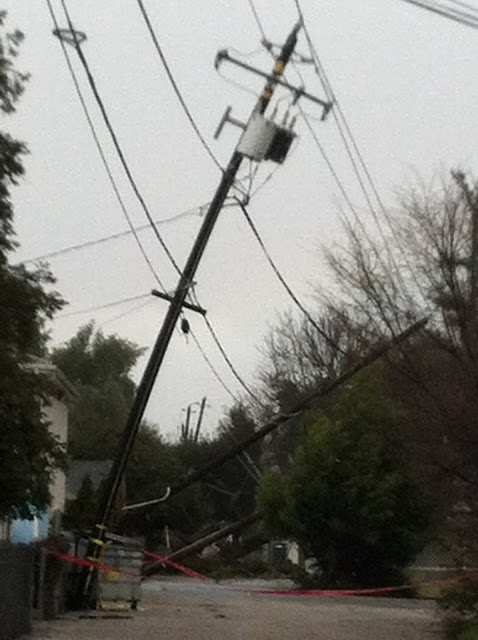 Zoomed in view from previously-mentioned location. 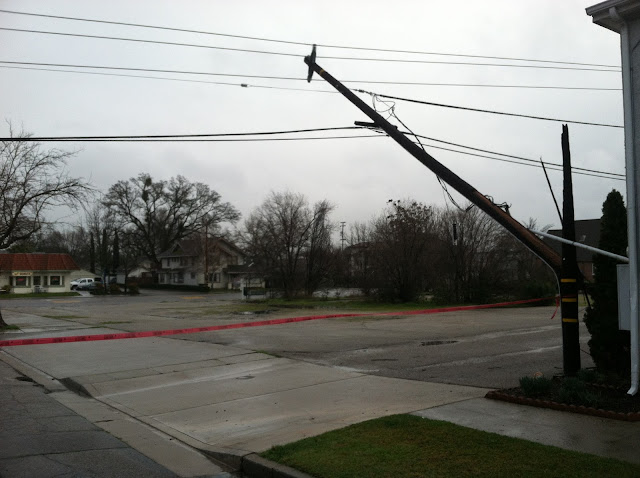 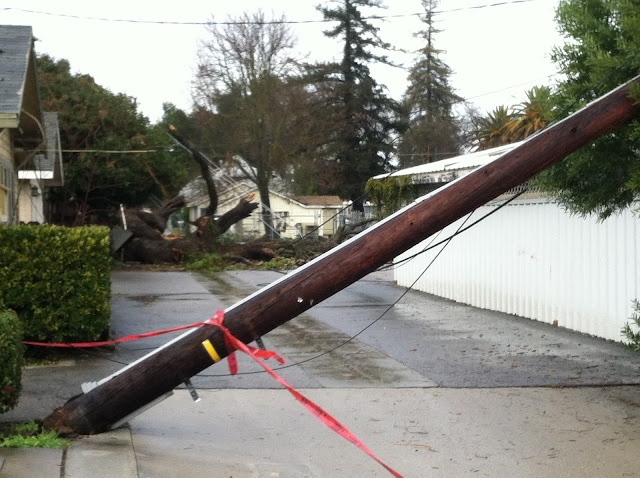 View north from 18th Street between Oak and Spring Streets.
All photos by Kim Patrick Noyes (all rights reserved).
Posted by Kim Noyes at 10:14 PM